I’ve always been a Tufte fan, and what fascinates me the most about his work is his explanations and suggestions/revisions for theoretical apparatus (often classic) in an extremely practical way, and his examples of pictures and descriptions are always nested in each other perfectly, or as I call it: “purposefully visual”. Good visuals have a strong sense of structural hierarchy but still give the viewers some freedom to float around the layout.

There are fewer levels of ” being functional” than “being visually pleasant”, since the latter is more subjective, thus deciding whether one piece of visualized information is functional or not is much easier than describing how appealing it looks and what kind of emotional messages the designer is trying to convey along with the apparatus and the content.

In modern days, when visualizing data, or any other types of complex information structures in general, target audience is very often the FIRST thing we as designers are supposed to consider. Creative, new, or overly complex methods may not work well in a newspaper for general public. The process of making a visualization method be widely socially accepted takes a while if it is too outside the box or coming from nowhere, designs should be built based on certain types of roots, or as I call it: the moment when visual cliches may come in handy, as we have had plenty experiments regarding representation: composition, hierarchy, readability, and aesthetics . 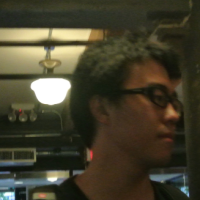