My idea for Feedback Loop is from checking your sleeping (health) condition.  Usually, we don’t know our behavior while we are sleeping, so it is hard to change our sleeping behaviors. Specifically, snoring is one of the sleeping behaviors that is not considered as a problem, but it also can be a serious problem if it is too frequently and strongly happen.  It means snoring can impact our health such as causing sleep deprivation, daytime drowsiness, irritability, and also risk of brain damage and of stroke.

I want to make feedback loop about sleeping health condition that one can notice one’s sleeping behavior which is hard to know and difficult to get feedback. I want to make a feedback loop that is about collecting data about sleeping condition and also express data by shaking the bed. It will give the person the feedback whenever the person is snoring, so he might be able to change his behavior by applying some of treatments for snoring. 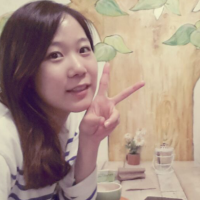