For my final project I would like to expand upon my feedback loop assignment from earlier in the semester. My feedback loop assignment, iSlouch, was a look and feel prototype that demonstrated the interface of a posture detection program. The idea is that when the user slouches while using their computer, the interface on their computer screen will be covered by an image of the shape of a curved spine. In the original prototype, I achieved this effect using the camera of my laptop and face detection in processing. Whenever the user’s head dipped below a certain Y-axis value, the curved spine interface was triggered. For my final I would love to develop this prototype into a desktop application. My goal is to make this application as simple as possible but I would like to perhaps include a few additional features. Possible additions to the application could be: accurate depictions of the curve of the user’s spine as opposed to the arbitrary curved spine picture, a weekly summary of the user’s slouching, individualized stretches and exercises for each user dependent upon their particular slouching history, alerts that are triggered by the combination of time passed while using the computer and how many breaks of good posture have occurred.

I will incorporate research from medical sources to support the credibility of my project. For the initial prototype I only had time to test one input method (camera face detection), but for the final I plan on testing a few different methods using the Arduino and also using the camera on the laptop. I will be testing on multiple participants to find the method that receives the most positive responses. 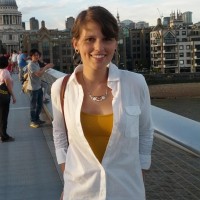