The Future Freaks Me Out

Well, that was sunny.

Concerns about privacy and privacy education naturally occupy some rather large real estate in my mind. I’ve been working with teenagers in formal and informal education for 10 years and it constantly astounds me how little they know about what should be on the internet and how to create positive internet reputations (which just means reputations at this point in history) for themselves. There is no thought that perhaps those pictures containing underage drinking shouldn’t be posted all over Instagram and maybe they’re going to regret that everyone can find that picture where they are scantily clad on Facebook. Jeffrey Rosen is absolutely correct that the web never forgets. Teenagers have been disciplined in schools, rejected from camps and universities, fired from jobs, and more because their brains haven’t fully developed and they make poor life choices that they choose to share with the world, the web over.

But honestly, it’s not just kids, as the article points out. The problem is that in this culture of oversharing, we’ve been conditioned to do just that. I remember when I made my first AOL screenname, I wasn’t allowed to use any information that would allow someone to figure out who I am. I used an obscure nickname given to me by a camp counselor when I was seven that played off my last name and the last digits of my birth year, resulting in “emercon87”. The year was probably a mistake, but you had no idea who I was based on that information. Now my email address is my full name. My usernames on various sites and all social media is my full name. A quick google search tells you exactly where I’m from and what I’ve been up to, since about 2004. I’m certainly no celebrity, so you can spare yourself that little exercise, but suffice it to say, I’m vulnerable out there.

Jeffrey Rosen’s concerns and those outlined by Fred Vogelstein haunt me. Potential employers can find any lapse in judgment I’ve put out there and Facebook and Google together own me. They track my every keystroke and internet scavenger hunt. The ease of Google Wallet and signing in with Facebook for everything has been tremendously enticing. But the price may just be too much. They know what I buy, what I’m considering buying, who my friends are, and more. In fact, they probably know more about me than I do. They have algorithms to predict this stuff; I have YouTube to protect me from having to think about me.

Given all this, it’s almost darkly comic that we can be saved from all this just by being taken over by robots. Wall E is a way out. The intelligent robots that will soon rule our race (as Bill Joy described) will fix everything, right? No autonomy, so nothing matters.

Seriously though, the fact that this is all not just plausible, but effectively imminent is pretty terrifying. How do we stem the tide? Scientists (and we) will continue to develop technology that will render us useless and we aren’t stopping that any time soon. So, cheers. Might as well have a drink and post it on Twitter. 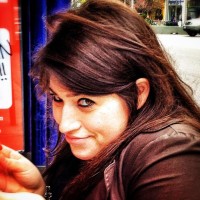